As you know, a huge explosion was happened in Beirut, Lebanon. The explosion took more than 100 people killed and by the time, they’re searching for survivors.

A pair of explosions happened; the second is much larger than the first, hit Beirut late Tuesday night, killing at least 100 people, injuring more than 4,000 people causing extensive damage. The second explosion sent out a grayish plume high over the harbor of the town and produced a pressure wave that for miles shattered glass. Following a major rescue effort on Wednesday, hundreds of people were still missing in the region, Lebanon’s capital, mostly on east Mediterranean coast.

The precise cause is still undefined. The very first explosion could have been at the port's fireworks warehouse. Authorities believe the second, more destructive blast most probably came from either an inventory of nearly 2,750 tons of ammonium nitrate; a highly flammable product frequently used as fertilizers, which was being stored in a warehouse for 6 years. 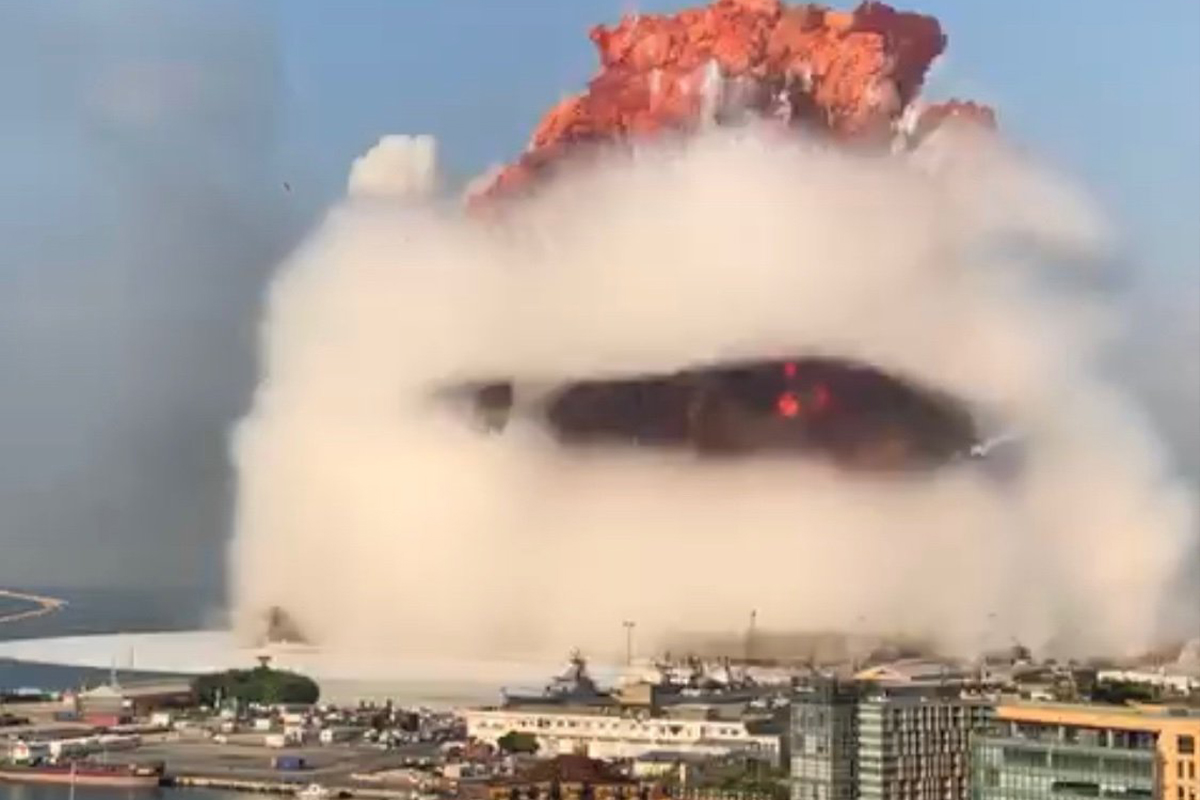 About the second blast, witnesses claimed that it was like an earthquake and was felt in Cyprus, and over 100 miles away. According to the United States Geological Survey, the seismic waves which the explosion produced were equal to a 3.3 magnitude earthquake.

Beirut governor Marwan Aboud said Wednesday to reporters that half of the city had been destroyed, with the financial toll estimated to reach $3 billion. Many hospitals, already exhausted from the coronavirus disease outbreak, have been impaired, four of which are so serious that patients can not be admitted, doctors said. A ceiling collapsed on some patients at the Bikhazi Medical Group hospital in the city centre, the hospital manager said. In the explosion too many doctors and nurses were killed.

The Prime Minister promised that the blasts would not "go by without transparency," but many in Lebanon were doubtful in a country marred by decades of corruption that any high-profile figures would suffer consequences. The hearings are likely to concentrate on why thousands of tons of ammonium nitrate were deposited in the harbor and who took the choice for years to allow a highly fuel material to remain there.