Sallie house which is situated in Kansas, United States is considered as the most hunted house in America. The name to this house is given on the name of a six years old child who used to live in this house.

The little girl Sallie used to live in this house and she died in the house due to an appendicitis surgery done carelessly.

Her first appearance on hunted activities had been reported when Tony and Debra Pickman lived the house as owners. They were noticing strange voices, several unidentified occurrences, burnt finger marks on burning candles and attacks on Tony. After some paranormal investigations have done inside the house, it has been concluded that Sallie was not the only spirit which is hunting the house. But also a woman is also involved and she is the one who is behind more terrible attacks.

However, the story behind the girl Sallie is pathetic. The girl was said to be born to a Doctor which was the owner of the house and her mother was an African American housemaid. Her name was Sally. The Doctor wanted to keep Sally from the outside world. At the age around six she went ill and she had to face surgery to take her appendix out. The Doctor did not want to take her to the hospital and he decided to perform the surgery inside the house. Rumors say that the Doctor did not have even the required pain killers with him. The surgery went wrong and she died. She died with a horrible pain inside her. 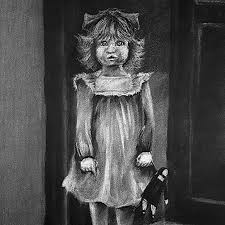 But some says that it was Sally who attacks all the adult men inside the house as she only knows that a male was there torturing her to death at her last moment. She does not attack any babies or women in the house but all the adult males have been attacked by her. Several scratch marks around their abdomen are common in the men who lived in the house.

However, what had happened there was a tragic story. It is obvious that the pain she faced at the death bed was unbearable. Her flaming rage is a result of the pain she suffered.

Checkout the following links to know more about the Sallies House.

5G the Backbone of Industrial Internet

The Windows XP operating system is still using by many people, and the numbers will...