The Apple Watch Series 7 looks a little different than its predecessors. The display now goes virtually to the edge of the case. That means while the Watch isn’t much bigger, everything on it should be more readable.

The Apple Watch Series 7 looks a little different than its predecessors. The display now goes virtually to the edge of the case. That means while the Watch isn’t much bigger, everything on it should be more readable.

The bezels around the display are slimmer at just 1.7mm, and the always-on screen mode is 70 percent brighter. Apple claims you can cram 50 percent more text onto the display than the Series 6. The new display also means new ways to interact, with a full keyboard that will support swiping. 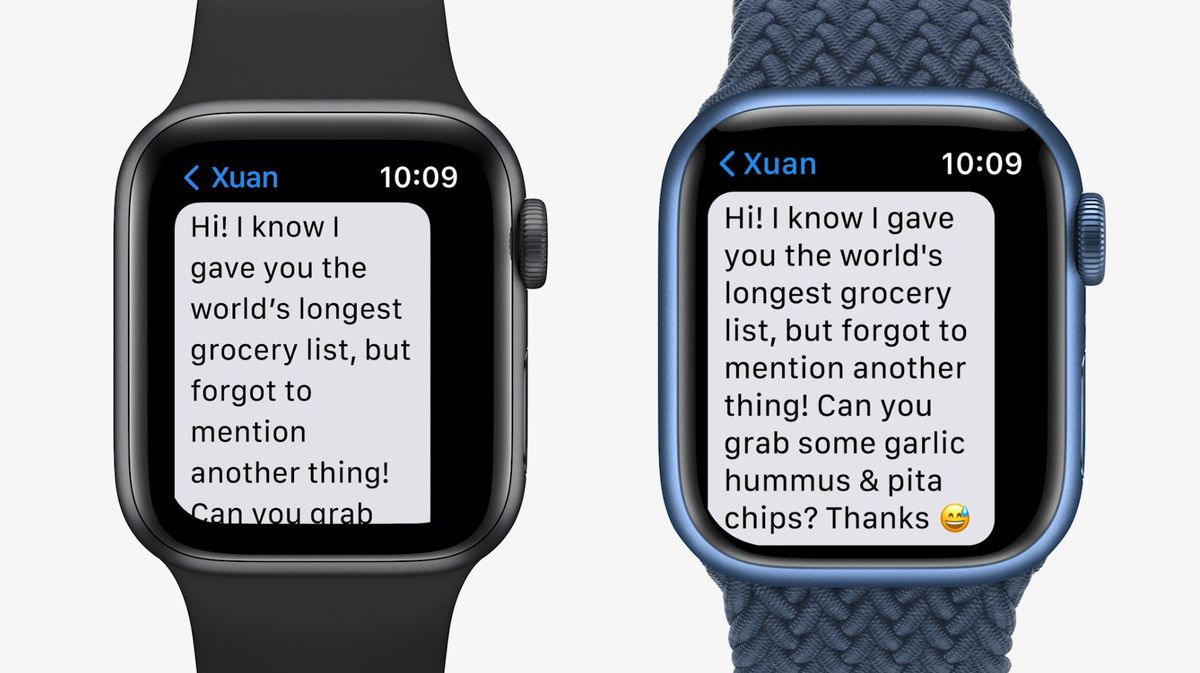 The Series 7 on the right isn’t that much larger, but it should feel bigger, thanks to much smaller bezels.  Image: Apple

There’s a new set of watchfaces to take advantage of the larger screen, including a more modular watchface so you can really peer at all the micro details related to your active rings, and a funky new watchface meant to highlight the minuscule bezels.

But a bigger display doesn’t mean it’s more delicate: Apple claims it’s crack resistant and now has an IP6X rating, which means it should be able to take a dunk in the sand at the beach or handle other dusty environments.

It’s also just a little bit bigger: the Series 7 comes in 41mm and 45mm sizes. That’s 1mm more than the Series 6. The small Series 7 is now just 1mm smaller than the original largest Apple Watch announced back in 2014.

Apart from the changes above, the Series 7 is an awful lot like the Series 6: same sensors and processors and none of the big square redesign that’s been rumored. Like the Series 6, the new Series 7 will also offer up to 18 hours of battery life and include a charger that charges via USB-C instead of USB-A and charges up to 33 percent faster (and Apple claims eight minutes of charging will give you up to eight hours of battery life). The aluminum variation will come in five colors total: the usual black, gold, blue, and red, plus a dark green that feels in sync with the rugged new support. 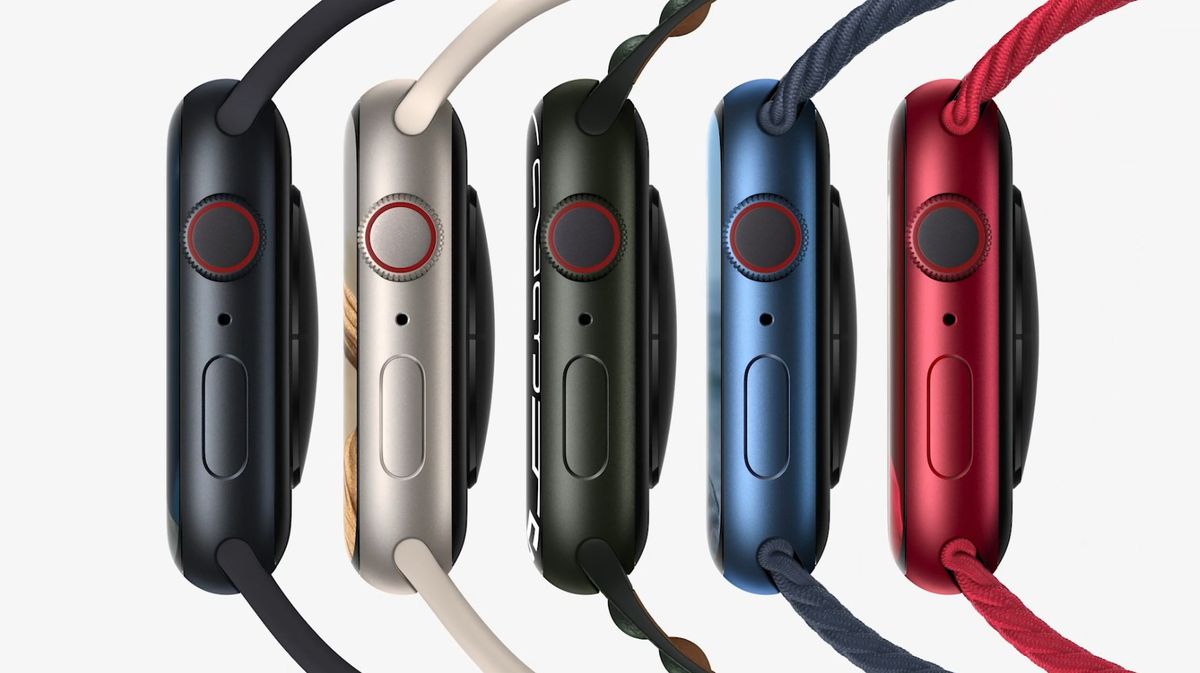 Besides the refreshes to the premium Apple Watch, Apple’s also added some new features to watchOS 8. Outdoor cycling will now have better support and should automatically pause the workout when you stop at a light or just to catch a break. Fall support will now also appear in workouts, so if you wreck your bike or trip up badly during a brutal HIIT workout, the Watch will be able to contact emergency services. Fitness Plus is also getting some upgrades, including Pilates and the ability to do workouts with friends via Share Play.

The Watch Series 3 is sticking around and starting a $199, and the Watch SE will be available for $279, while the new Series 7 will start at $399. The Series 7 should be available later this fall.

The Biggest Drop in Carbon Emission Due to COVID-19

The biggest drop of carbon emission after World War II can be reported due to COVID-19...

Robotic Industry runs to a wide range of scope. Well, the Battle Robots or the Robot...

YouTube is working on “Shorts” to compete with TikTok