With the publication of the book “The Da Vinci Code” which was written by Dan Brown, the name Priory of Sion went viral throughout the world. It is, however, one of the oldest surviving brotherhoods of the world.

The members of the Priory are said to be the Guardians of an ancient secret. Many people believe that the secret lies upon the Holy Grail; some consider the term Holy Grail is used to indicate the secret blood of Jesus Crist. Their purpose is to protect the bloodline of Jesus and Mary Magdalene, who was considered was carrying Jesus’s baby. Another book which reveals about the Brotherhood and the secret bloodline is the Holy Blood Holy Grail. It was also captured the hearts of history diggers.

During the 1960s a man named Pierre Plantard de Saint-Claire stated that he was a decedent form the Royal Bloodline. He said that Mary Magdalene had given birth to a daughter of Jesus. He said that the real meaning of the Holy Grail, which is also called Sangreal, was Sang Real which gives the meaning Holy Blood. He noted that their bloodline was protected by a secret society called The Priory of Sion. But it was revealed that he lied and he had been forging many fake documents on the Priory of Sion. And then he was ordered to stop all the activities he’d been doing. He died in Paris in 3rd of March 2000. 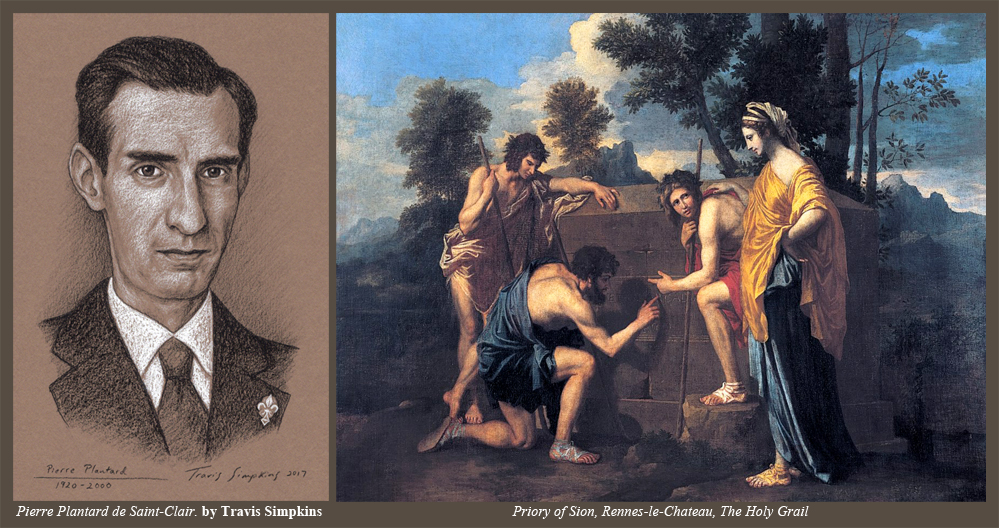 The Priory of Sion carries the sign the fleur-de-lis, which gives the meaning flower of Lisa. It is a lily flower.

Dan Brown commit that the brotherhood was a real organization and it exists even for now protecting its secrets. The brotherhood was first started in 1099 in Jerusalem by a French king named Godefroi de Bouillon. In 1975, in Paris some parchments were found, it had revealed numerous numbers of members of the brotherhood. Some of them are, 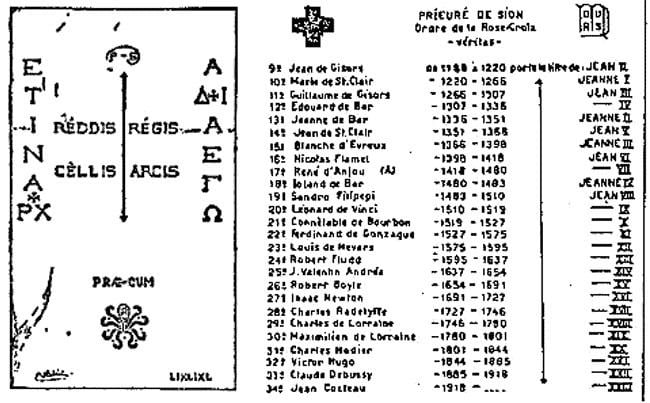 The parchment was known as PRIEURE DE SION- LES NAUTONIERS and it revealed more than 25 names of grandmasters of Priory of Sion.

If the Priory is still exists, or it really existed. We don’t know that for sure. May be these all are just fake stories built by a man, or maybe not. We shall hope that more secrets might be revealed in the future.

Electrodes in the brain of a paralyzed man transformed his imagined handwriting...

Please note this product is not for personal consumption.