We all know that the early human species used to hunt to find food. Now the evident oldest use of crossbows and arrows of the prehistoric age was found outside Africa were found in Sri Lanka. Still the oldest bows and arrows were recorded in Sibudu cave in South Africa which are 64,000 years old.

The researchers found the earliest known bowand arrow technology in Asia and Europe from Sri Lanka. These tools were made from bones and it was discovered that they are 48,000 years old. So this study suggested that the ancient people hunted with bows and arrows in rainforest on a South Asian island starting around 48,000 years ago. 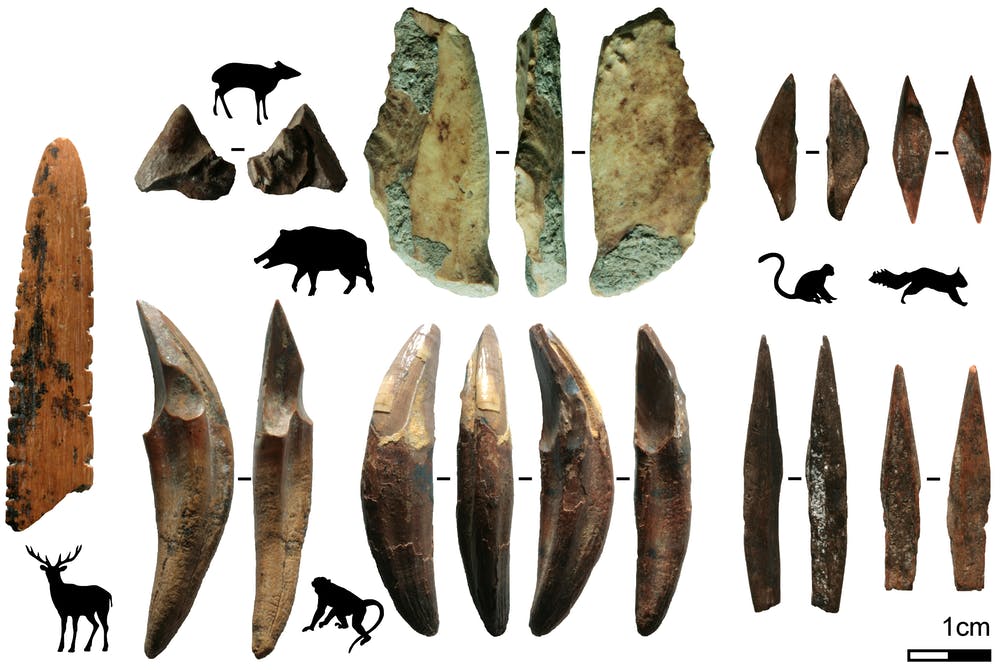 These tools were discovered from a cave named Fa-Hienon a research of a team led by the archeologist Michelle Langley of Griffith University in Brisbane, Australia.

They have also found some implements that may have been used to make clothing, 29 tools made of bones that are used to work animal skins or plant fibers. So they have concluded that the people in those ages may have used clothes to get a protection from cold.

Some other artifacts found in this investigation are decorative beads made from tips of marine snail shells. The archeologist said,

“We also found clear evidence for the production of colored beads from mineral ochre and the refined making of shell beads traded from the coast, at a similar age to other ‘social signaling’ materials found in Eurasia and Southeast Asia, roughly 45,000 years ago.”

The scientists suspects that the double pointed tools found were used to harvest tropical resources.

A microscopic analysis done in the tools which are found revealed some of the implements are used for freshwater fishing in nearby tropical streams.

Michele Langley the archeologist said that

“The fractures on the point (of the cutting tools) indicate damage through high powered impact. Something usually seen in the use of bow and arrow hunting of animals”

This research is obviously a golden discovery of the history.