A new 3D scanning process for mummified species shows species signatures and what caused their death.

Mummies of Egyptian animals can look like nothing more than bundles of cloth. High-tech X-rays have now revealed three of these mummies' enigmatic life stories; a bird, cat, and a snake. While there were 2D X-rays of each sample, there was little details beyond the generic animal tags. So Richard Johnston, a Swansea University engineer in Wales, and his colleagues used a microCT scanner to see just what hidden ahead the wrappers of animal mummies at the Museum of Egyptian Antiquities at the university. 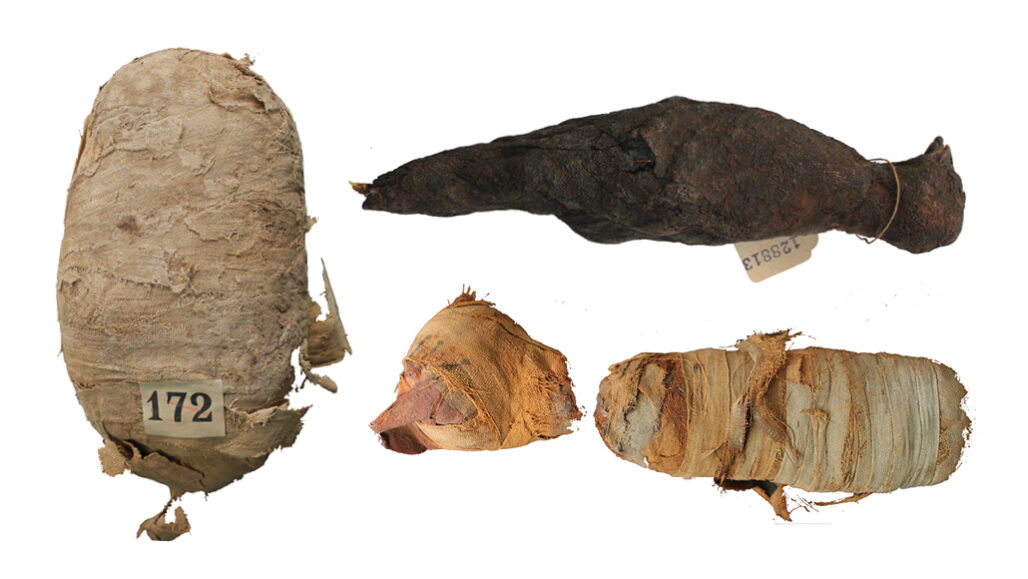 The bone scan results of three of all those samples given such details that scientists could recognise the cat as a "domestic kitten (Felis catus), the bird as a" Eurasian kestrel (Falco tinnunculus) "and the snake as a" Egyptian cobra (Naja haje), "the team reported in Scientific Reports on August 20.

In two of the cases, the cause of death was clear: The kitten was strangled, and the snake had broken its neck. Also the snake suffered kidney damage, possibly due to water deficiency near the end of the life. Unlike other mummified creatures in Egypt, such three might have meant as sacrifices to Egyptian gods.

Focusing on parts rather than just searching the whole mummy in one go allowed the team to obtain more information and build models of the mummified specimens which could be printed and examined via virtual reality. "I can basically make the cat skull as wide as my house with VR, and walk around it," says Johnston. That is how the team discovered the unerupted molars of the kitten, a sign that the baby was under the age of five months. The innovative approach to microCT scanning mummies certainly has promise, says Lidija McKnight, an archaeologist who was not associated with the research at the University of Manchester , England. "These specialized techniques are incredibly effective tools to help us understand this ancient tradition better."

Scan results hints at Egyptian ceremonies with in snake, which in its open mouth had rock structures, probably the mineral natron that used ancient Egyptians to reduce speed the decay. Ancient embalmers also exposed mummies' mouths and eyes so that the deceased could see and interact with the living, although this form of technique had been used mainly in human mummies previously. Snakes, it seems, may even have whispered past the tomb, acting as a conduit between a worshipper and the gods.